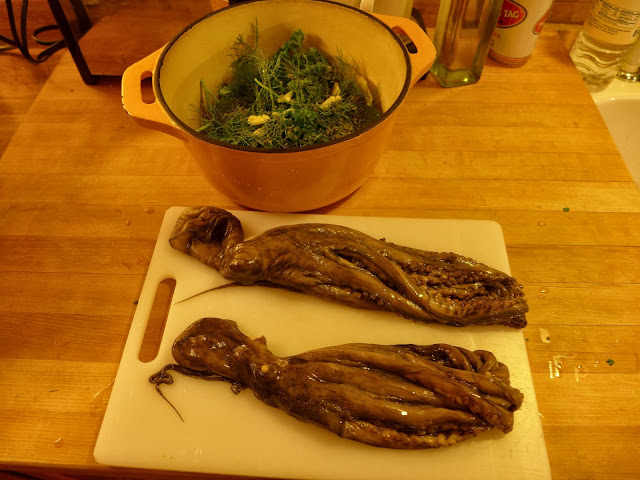 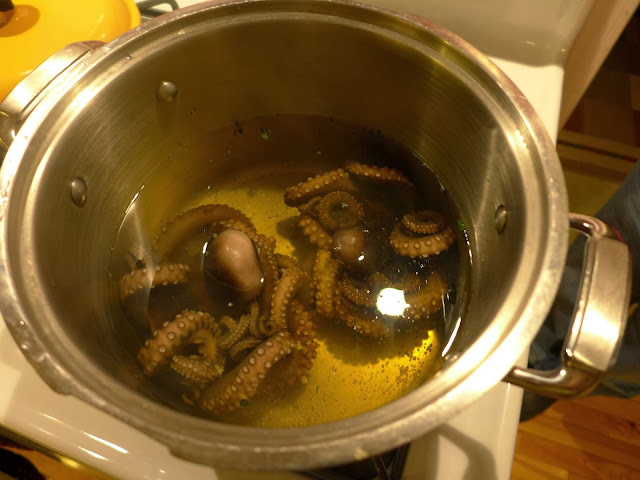 Dunk in a pot of boiling water for about 2 minutes 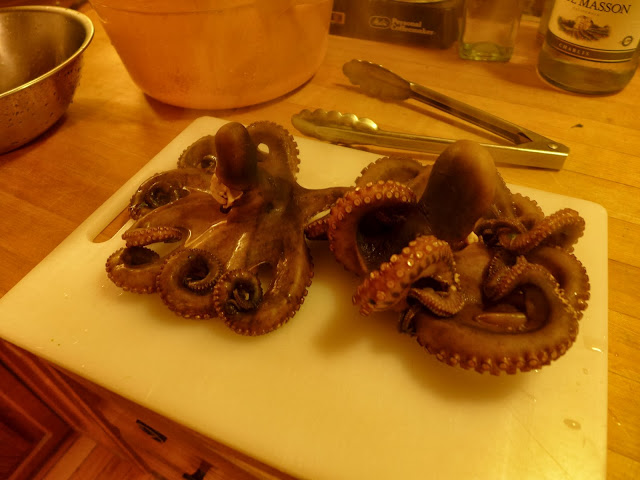 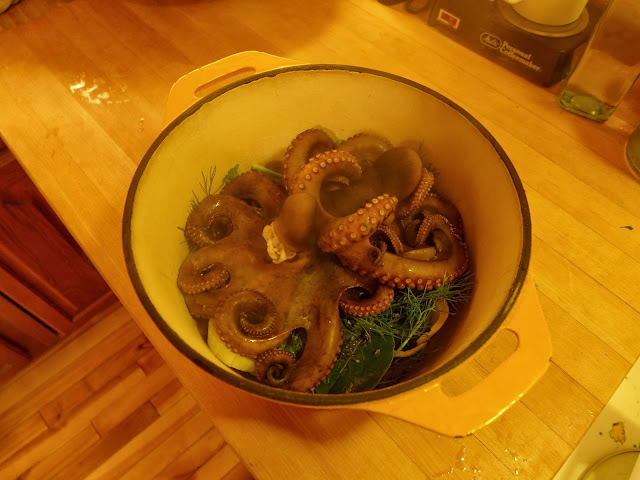 Pop them in a heavy dutch oven lined with some chopped up fennel, parsley, garlic and a splash of white wine, cover and put in to a 300 degree F oven for about 2 hours. 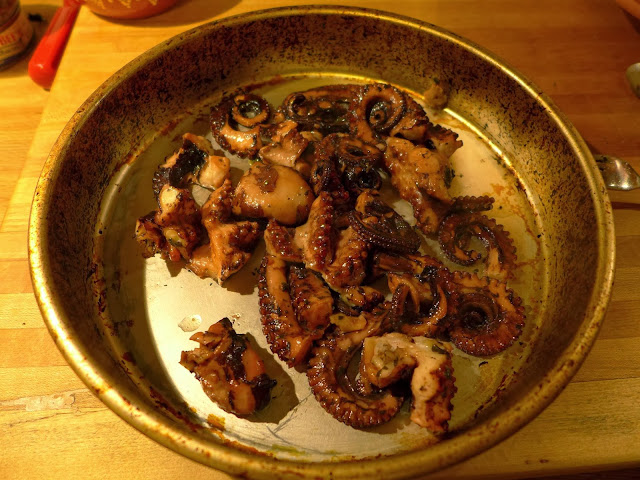 After 2 hours they will be tender enough to cut with a fork. Cut them up in bite size bits. Toss them in a bit of olive oil and set under the broiler or on a grill for about 3 or 4 minutes just to char them a little bit. Be careful don't over do it. Toss them in a bowl with some more olive oil, some chopped garlic, salt, pepper and teaspoon of paprika. I use the mild smoked kind. 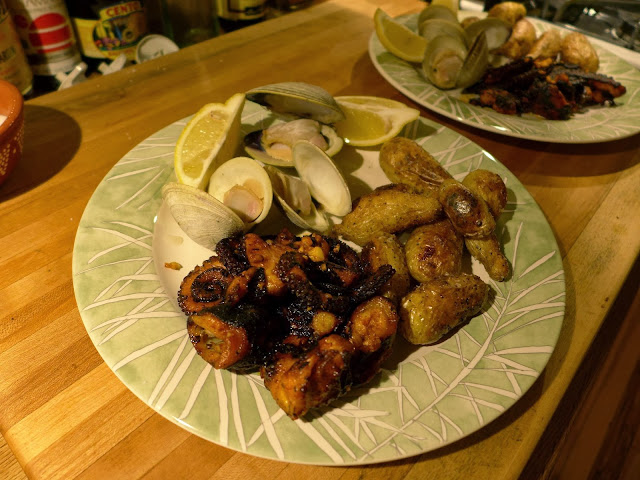 Serve with some roasted fingerling potatoes, half a dozen steamed little neck clams and a side salad.