Saturday we went for a night out on the town with our friends Peter and Laura . 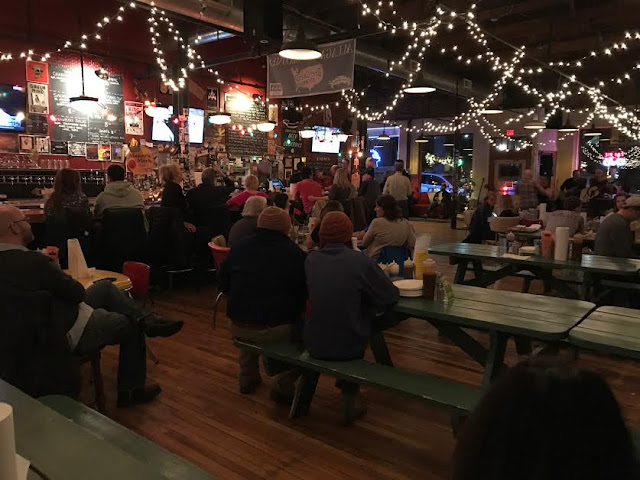 Three beers and a mess of BBQ ribs and Chicken , including all the trimmings at Salvage Barbecue , and then later a chocolate tart and a glass of 10 year old Port had me stuffed to the gills . So Sunday morning I was dragging and we got a bit of a late start . The weatherman had it all wrong and it turned out to be a nice day , so we loaded up my tools and made the fifty minute run up to Richmond to see what we could get done . After about twenty minutes to set up our gear . . . 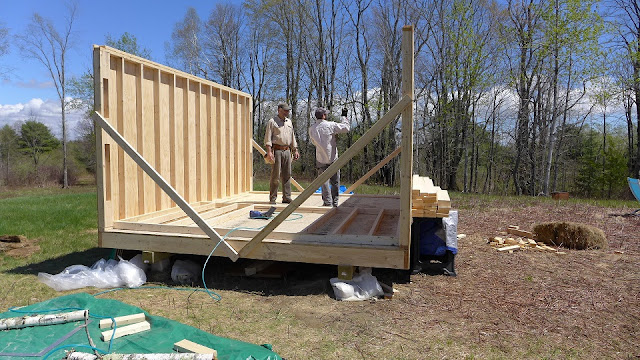 . . . a bit of hustling had the front wall laid out and nailed together 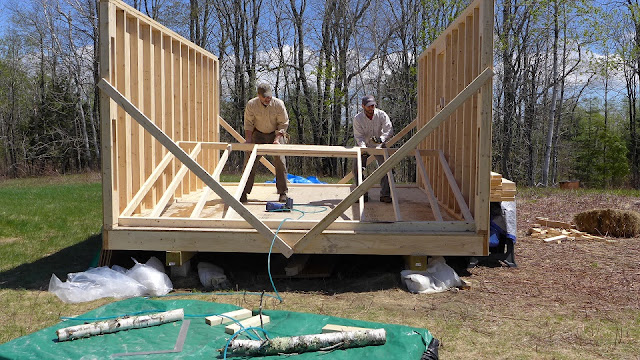 The official photographer was on-site today so we got the action shots of the wall lift . 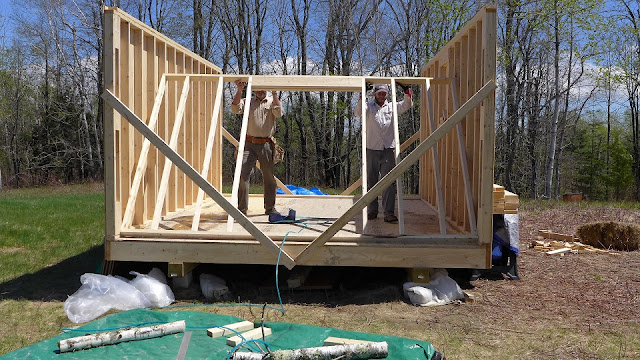 One twelve foot wall without sheathing goes up a whole lot easier than a sixteen footer with the sheathing on . 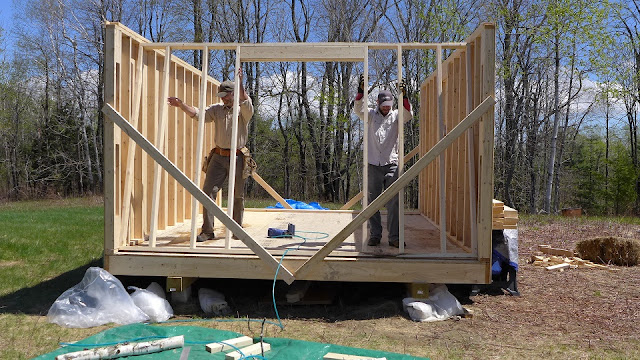 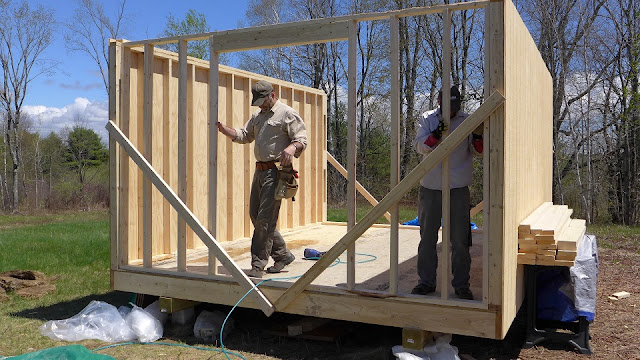 Kick it in to place and lined up with the blue chalk line . 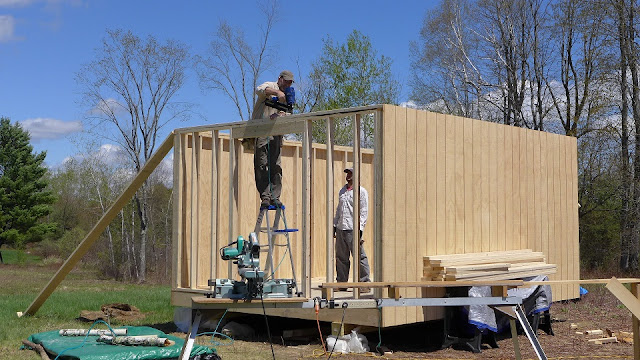 Bottom plate nailed in to place , corners plumbed and stitched together , I nail down the top doubler plate . 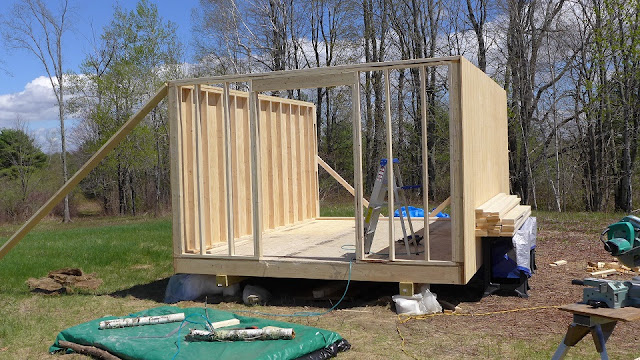 We have a front wall with a four foot wide doorway . 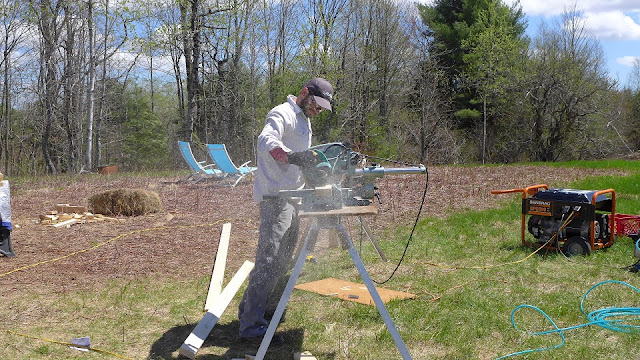 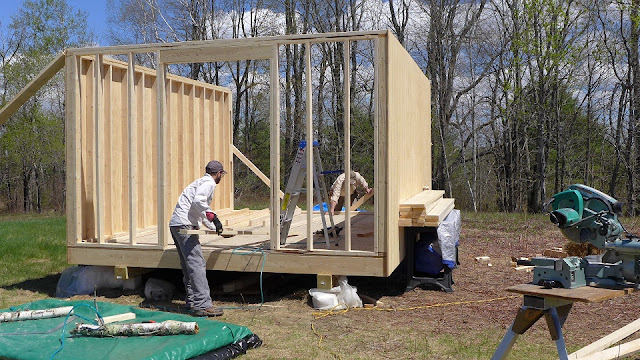 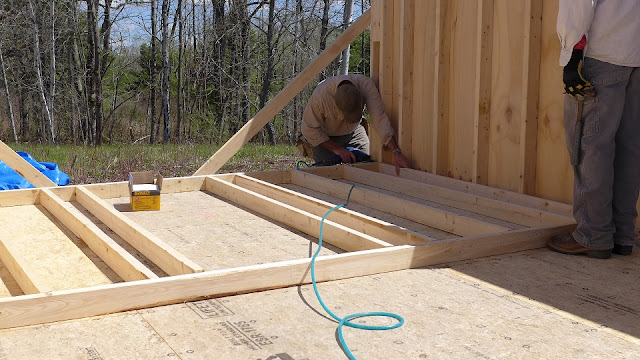 I nail off the bottom plate to the studs . 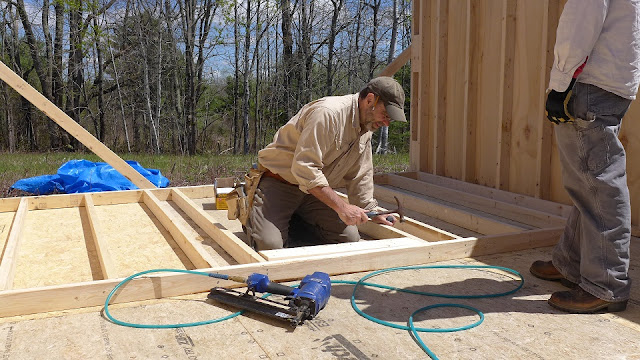 The window header need a bit of persuasion to get it to line up nicely . 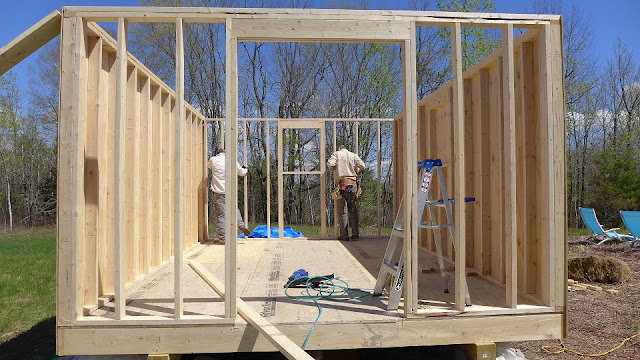 And it is up as we kick it in to place to line up with the chalk line . Yes we were short a couple of 2x4s to fit as cripples under the window . We'll fill them in later . 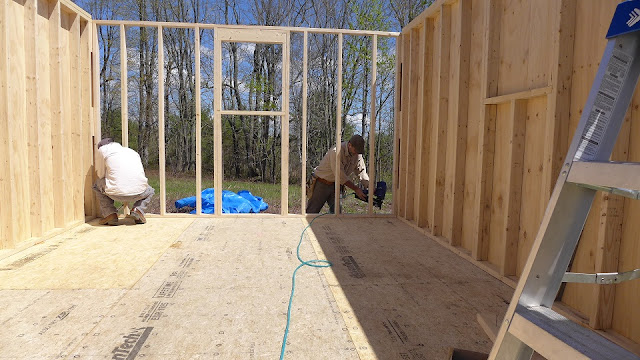 Nailing off the bottom plate on the back wall . 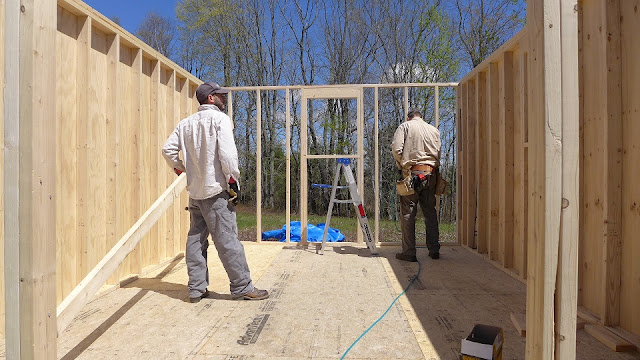 Ben strikes a pose , doubler ready in hand , while I reload the nailgun . 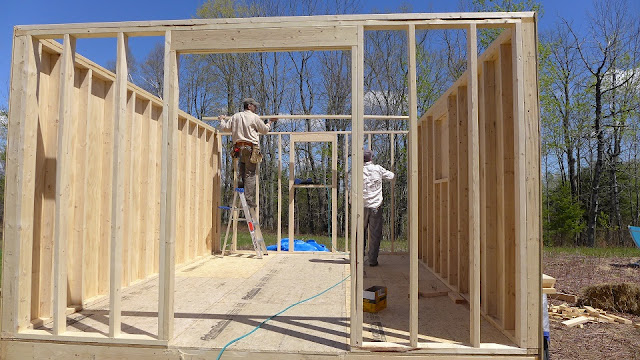 Corners plumbed and stitched together I set the top double plate . 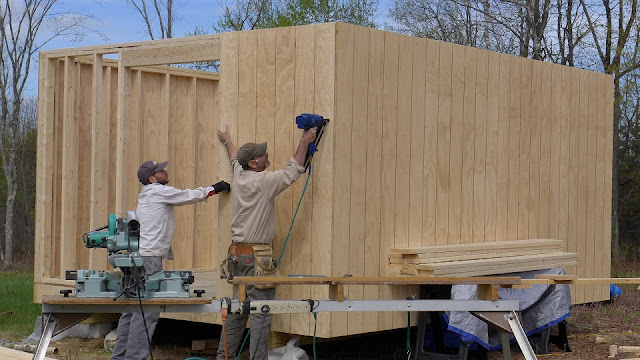 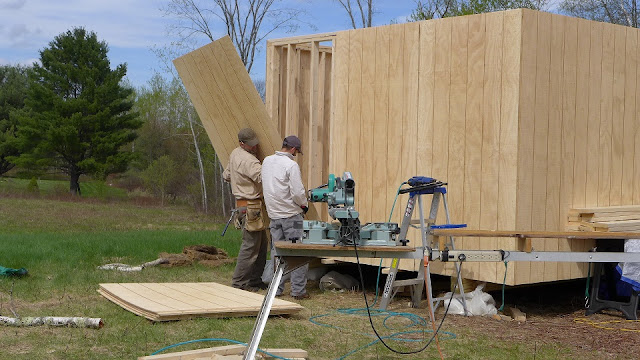 With the middle board tacked temporarily over the doorway for proper spacing , we wrestle the other piece in place . 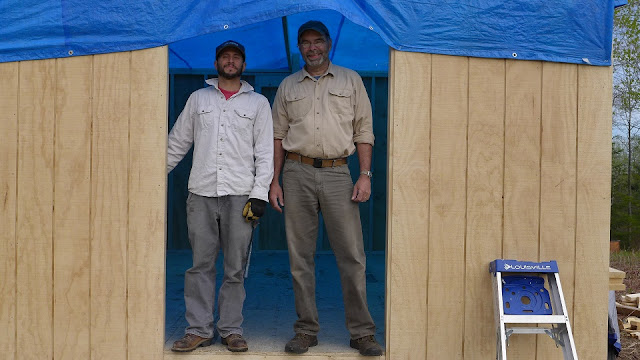 After sheathing the back wall we tarpped it all over to keep the rain out for the next couple of days . 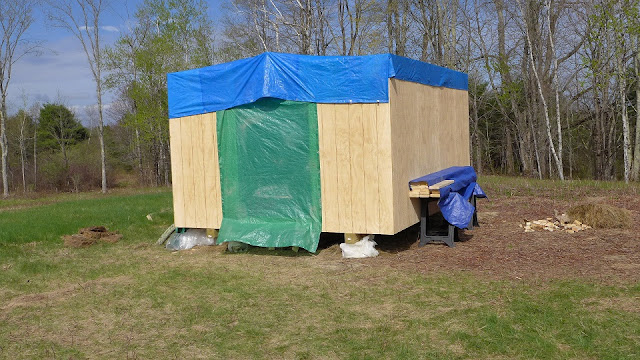 One big box covered in tarps . Rafters and roof sheathing go on next .